At WaveMaker, one of the things we set out to do this year is modernizing the Community platform. As you might already be aware, we have upgraded majority of the infrastructure, platforms and websites. We would like to thank you for your support and patience during these (down)times.

In continuing with the upgrade process, we set out to update the xWiki platform, which hosts the WaveMaker 6.x documentation. The old version of xWiki platform has memory issues which hamper performance. Hence, you might be facing intermittent documentation(Wiki) downtimes. We are upgrading the Wiki platform to xWiki 6.0.1 from xWiki 1.7.2, which was released in Feb 2009 – back when WaveMaker 5.0 was yet to be released and when there was no Instagram. So you can imagine what our Engineering and DevOps team are dealing with here. The teams are working hard to resolve these issues on priority.

The good news is that we are hoping to complete the upgrade in a day or two and we will post an update on that when we are done.

Thanks for your patience and support!

We are currently running 2 instance of wiki server for the maximum availability. Temporarily we will disable the export to pdf feature from wiki as we have seen that it is adding significant load to the server. We are working on migrating to the one of the newer Wiki versions, which claims to be a super stable version and will resolve the connection and memory leaks issues. We’ll keep you posted on any new updates. 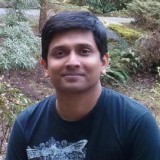