Low-code is high on learning: A developer's perspective

Mankind and the systems that it relies on are in a constant state of flux. From the transportation systems we travel in, to the medicines we take, evolution has been a constant phenomenon in human life. If that were not so, we would still be stuck in stone-age. Development tools are no different. From low-level languages like COBOL to high-level languages like Java and Python, coding has evolved to make application development easy. Similarly, IDEs are constantly evolving to make the developer’s life easy. From text editors to GUI-based IDEs to IDEs that even autocomplete your code, development environments have come a long way. Low-code is the next eventual milestone.

Hi! I am Sagar Vemala, from Hyderabad, India and I work for WaveMaker, Inc. After completing my engineering course, I joined WaveMaker as an intern where I was introduced to low-code development and I found the concept of converting ideas into products rapidly; absolutely fascinating! I had an offer in hand to join a reputed technology company as a developer even before I was offered an internship at WaveMaker, but I must say that the internship introduced me to a whole new world of application development and I decided to stay. When I started as a full-time developer at WaveMaker, I was warned by my peers about being labeled as a ‘low-code developer’ but my gut instincts told me that I was making the right decision. Looking back, am glad I stuck to my decision. A low-code developer’s job is not restricted to simple coding, it is an expansive sea of learning, of thinking outside the box and more importantly, it is a job that solves a problem.

In this context, I would like to share my experiences from my journey, clear some misconceptions and present my point of view about my career as a low-code developer. Here are a few pertinent questions that I get asked about low-code:

If it is just drag and drop, then what is there for a developer to do?

I learned Java on notepad++. While it is the best way to learn Java, it is not necessarily the best way to develop faster. Seeing me code on a text editor, my friend introduced my novice self to the Eclipse IDE and it is there that I was introduced to the world of GUI IDEs with cool features like generating import statements, getters, and setters methods automatically.

My ‘world of coding’ just became so much more flexible.

The first time I saw how WaveMaker worked, it was déjà vu--Once again a complicated process had been made so much easier. My life as a developer is made ‘easier’ by WaveMaker. Here is how:

WaveMaker has a real code-behind approach and allows full customization and extension on every level. I consider WaveMaker as an advanced IDE (RAD) which generates open standards-based code following best architectural practices. It offloads monotonous tasks like setting up the project and environment, managing framework, and library upgrades and allows me to focus on the problem at hand. Also, it helps developers by providing configurational code for standard features like multi-language support, security, and scalability. With all that being taken care of by WaveMaker, I can focus on areas where my knowledge and experience are needed, like solving requirements and writing business and integration logic.

By being a low-code developer, am I restricting my learning and knowledge?

Absolutely not! I see myself as a problem solver and not just as a developer. I get to work on so many layers of technologies, right from designing the DB schema to preparing the backend to composing the UI and deploying the app.

In a traditional setup, this would require a large team of dedicated backend and front-end developers working for months to build an app. In today’s world, there is an imminent danger of irrelevance by the time an app is developed. With WaveMaker, a small team does the job in weeks that would traditionally take months and as a plus, I get to dip my toes in every kind of technology.

As development became more agile and the time frame became shorter, I got to work on many applications across different domains. At times, I would digest requirements directly from the client. With total control over development at all layers, I was able to provide accurate estimates. After observing diverse apps getting built, I started to think about another important aspect of development--user experience. This skill that I picked up while using low-code helped me deliver applications even without the help of a business analyst or a user interaction designer. My learning outside just coding, sky-rocketed.

I also got the opportunity to work with DBAs, senior developers, technical team leads, and architects of various enterprises as a WaveMaker SME. All apprehensions about not being ‘technical enough' disappeared after my conversations with them and I believe that I was able to add value to decisions that are agnostic of WaveMaker.

In a nutshell, the horizon of my learning expanded.

If the platform generates most of the code, won't that make developer's learning gloomy and less interesting?

Circling back to the point of learning, let’s elucidate with an example. Let’s say, a ‘traditional’ JavaScript developer has just started learning Angular. If the said person follows the documentation of a ‘to-do’ app and merely replicates the steps without understanding the intricacies of how Angular is helping, will the person be able to actually ‘learn’ and contribute to projects? No, right? The same logic applies here as well. There is learning in any sphere of creation. Developers who aspire to work with WaveMaker low-code need to use or will learn the below-mentioned skills to understand WaveMaker generated code and make the best use of it.

I strongly believe that low-code may not be a hammer for every nail but is a necessary tool in the developer kit. Enterprises have and will adopt this methodology into their practices for years to come. Digital transformation has become ubiquitous with every enterprise and if an enterprise is looking at ways to create safe, scalable, and modern products with faster go-to-market, low-code is a safe bet. According to Gartner, the low-code development market is predicted to reach a worldwide total of $13.8 billion in 2021. In fact, the demand for low-code developers has been rising exponentially.

After having worked for WaveMaker for more than 5 years, I find myself with an abundance of choice and skills. I have the skills and knowledge to go the full-stack way, I can lead teams of low-code developers, I can be a solution architect, or I can choose to use low-code for hybrid development. There is a myriad of opportunities and options available. You only have to choose.

Finally, I think I chose the road less taken, even though opinions around me were not as positive about low-code, as they are today, I feel I made an interesting choice that fueled a unique career for me, and that has made all the difference. 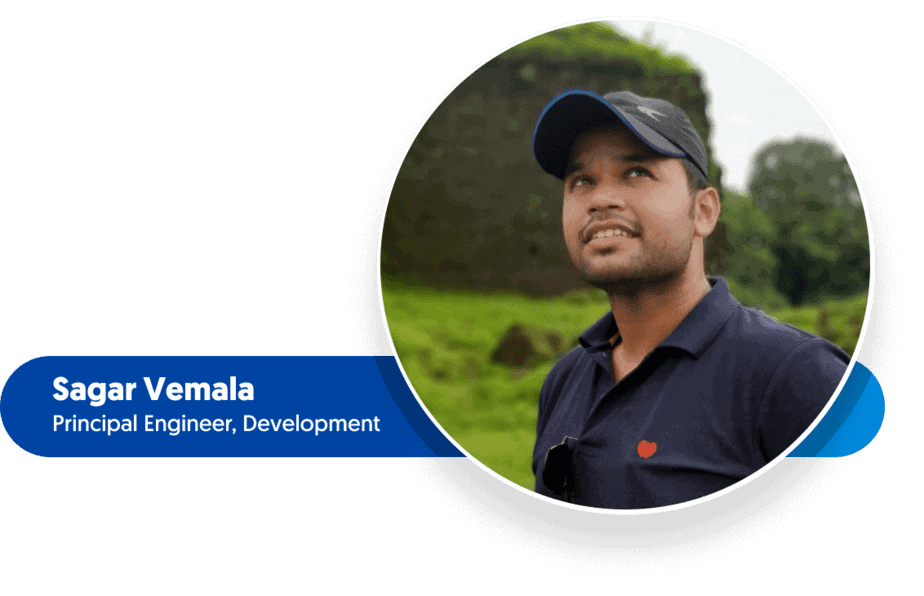 Sagar Vemala has been with WaveMaker since 2015 and has implemented several customer projects as part of the professional services team. He has built a variety of API-driven applications in workforce planning, inventory management, finance and insurance. If you are developing an application and plan to use low-code, Sagar can share best practices using WaveMaker. Write to him at info@wavemaker.com